Some people who haven’t heard of a Yaki wig would normally wonder, “Is that a wig made in Japan?” or “Is a Yaki wig made from the hair of Japanese women?” The term “Yaki” may sound Japanese (think of yakisoba, yaki udon Issey MiYaki) but the truth is, it does not refer to the country of origin of the human hair used in making the wig.

A Yaki wig is actually a wig that has the texture of chemically relaxed or flat-ironed African-American black hair. In order to achieve this, the hair goes through a process that adds micro kinks to the hair strands. Natural African-American hair comes in various curl patterns and textures which are what the Yaki wigs want to simulate.

So, for further understanding, here are the types and styles of Yaki wigs and the ways to care for them:

Yaki wigs can be made from different grades of hair such as synthetic, Remy and non-Remy hair. 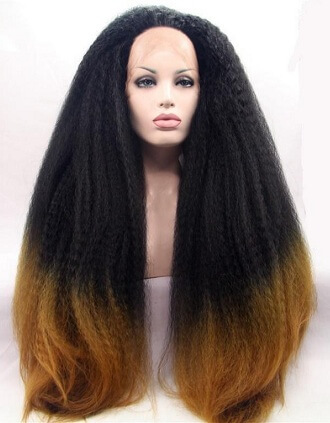 Just like any other synthetic wig, Yaki wigs can also be made from manufactured fibers using a specialized technological process that results in wigs that appear and feel like real human hair. It has a permanent style, which makes it easier to care for and style, but it only has a lifespan between 4 – 6 months. 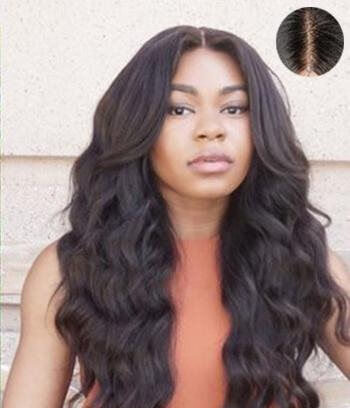 Natural human hair can be used for making Yaki wigs. One type is the Remy hair Yaki wig which is made from 100% human hair collected from a single person so that the cuticles remain intact. The hair cuticles are aligned and flow in one direction so the hairs don’t get entangled. The result is a Yaki wig that looks very natural and virginal. But when the Remy hair undergoes chemical perming or a relaxation process, it loses its virginal quality. 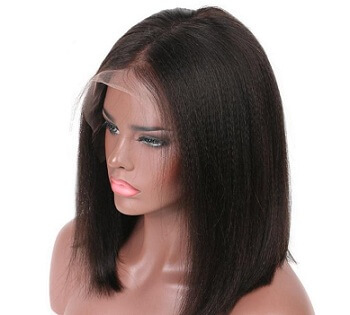 These Yaki wigs are also made from human hair with a difference – the hair is harvested from different donors of hair. This manner of collecting human hair results in a mix up of hair cuticles that flow in different directions. It is then unavoidable that hair tangling will occur. In order to avoid this, the hair undergoes chemical treatment as well, thereby losing its virgin quality.

Depending on the preference of the wig user, Yaki wigs can be worn in different styles. 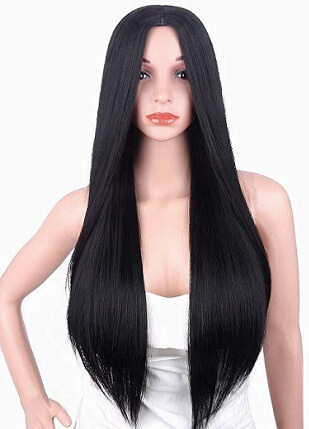 Also known as light Yaki, the texture of this Yaki wig style is silky straight and is similar to hair that has just been relaxed or flat-ironed. The qualities of this type of wig hair can range from fine and fragile to coarse and thin hair. To resemble African-American hair, a process to add micro kinks is done. This style is preferred by women who want wigs that require minimal maintenance. 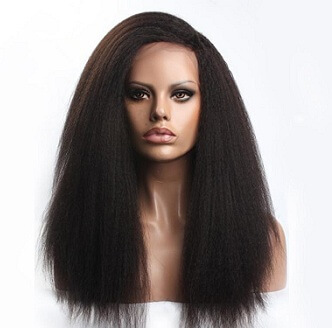 This style may not be as silky and straight, but it still looks relaxed just like typical African American hair. The hair quality can be described as fine and thin to coarse and frizzy. This has a heavier texture similar to hair that has not been chemically relaxed but just blow-dried. 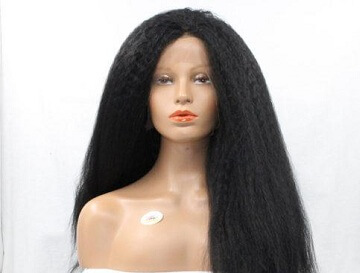 If you want more natural looking African American hair, then the kinky Yaki wig style is for you. The texture of this style looks and feels like hair that has not been relaxed at all, so it is thicker and fluffier. The quality of the hair can be tight coils that have “S” patterned curls which make the texture sometimes wiry. Or the hair quality can have the “Z” angled coils with curls that are less defined. The hair texture also feels wiry and coarse with strands tightly packed together. 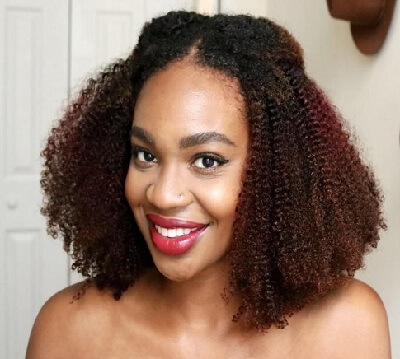 The curly hairstyle is the most natural texture of African American hair which gives the impression that it has not been relaxed, blow-dried nor chemically processed. The quality of the curls is usually loose curls or corkscrew curls. In terms of hair texture, it can have a big loopy “S” pattern or smaller curls. The former is prone to losing its curl definition and frizzing, while the latter is more coarse and full-figured.

How to care for Your Yaki Wigs

Most styles of Yaki wigs have kinks or perms or curls (whether big or small), so taking care of them may require special treatment, especially when it concerns washing them. Consider these caring tips for your Yaki wig to maintain its durability for a longer time.

1. If your wig gets too dry, moisturize it by using light oils such as argan or grapeseed oil. Refrain from using mineral oils as they can damage the hair’s texture.

2. At times, styling the Yaki wig may require the use of heat styling tools such as hairdryer, blower or flat iron. In this case, first, apply thermal protection serum on the wig’s hair. Remember also to adjust the setting of the tool to its lowest temperature. 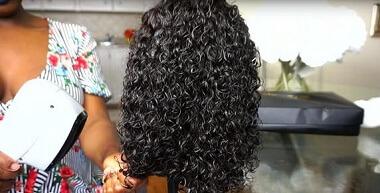 3. Washing Yaki wigs may be a bit different from the usual way of washing a wig. So, here are the simple steps to follow:

A. If you have a lace front wig, put your Yaki wig on a mannequin head or any wig head to ensure the hair stays in place since you have control of it. 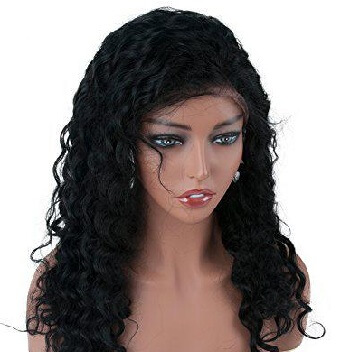 B. Use your fingers to detangle the hair while it’s still dry. Start from the ends or tips and work your way up to the top towards the wig cap. Do not tug, pull nor squeeze the hair to loosen the knotted hair. 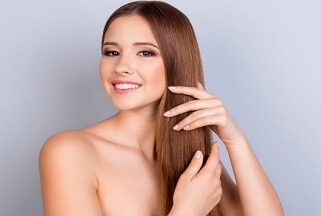 C. With a wide-toothed comb, start combing gently from the ends of the hair until you reach the top. 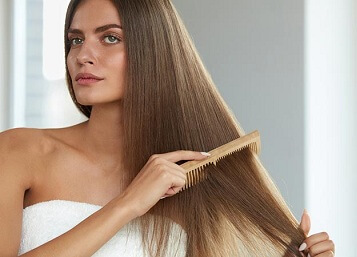 D. Use a shampoo for dry or damaged hair. It helps control the frizzing of the hair and styling of the hair. Put a tablespoon of the shampoo in a sink or bowl with cold or lukewarm water. 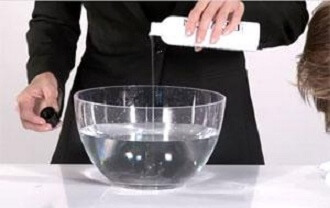 E. Submerge the wig into the bowl and pat it moderately (don’t attempt to swish the wig in circles). This will enable the shampoo to lift off the dirt and grime that have accumulated on the hair. 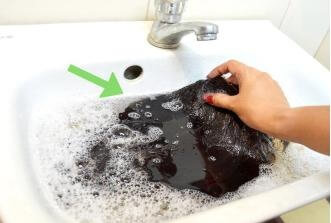 F. After a few minutes, gently lift the wig by the cap and squeeze the hair starting from the top and working your way to the ends or tips. Never wring or rub the hair as this will damage the cuticles. 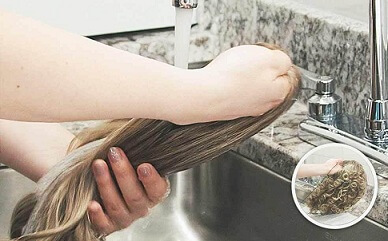 G. Refill the bowl with clean, cold or lukewarm water for rinsing. Once again, submerge the wig into the bowl and just like in step E, moderately pat the wig to wash off the shampoo. Repeat, rinsing the wig if necessary.

H. If there are tangles after you rinse the wig, use your fingers or a wide-toothed comb to detangle. 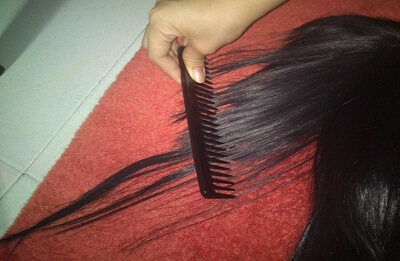 I. In drying the wig, you need a dry and clean towel. Place the wig on the other half of the towel, then cover it with the other half. Blot or press down gently to absorb the excess water. 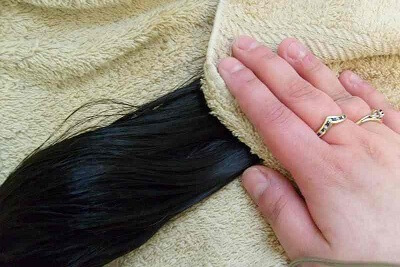 J. While the hair of the wig is still damp, spray an anti-freeze serum on the hair to keep it smooth. 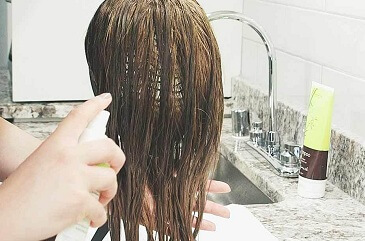 K. Air dries the wig on the wig stand. However, if you absolutely need to use an electric hair dryer to straighten the hair, put it in the lowest setting. 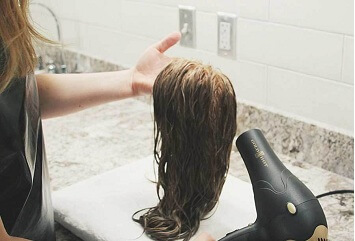 L. Comb or brush the hair to style it but remember not to do it excessively as it may lead to the shedding of the hair strands.

Other FAQs about Yaki Wigs

It originated from the past when the hair fibers of a mammal called a Yak (an animal that looks like an ox) were tested by the scientists. The Yak’s hair fibers resemble the chemical composition of human hair, but they can cause scalp irritation. Since then, human hair has been used for wigs, but the term “Yaki” still remains.

The Yaki wigs are more suitable for women of African descent since the unique texture of the fibers of the Yaki wigs resembles that of African women’s natural hair.

3. How often should Yaki wigs be washed?

Washing a Yaki wig often (especially the kinky and curly styles) can dry it out and cause frizzing. So, it is recommended to wash it every three weeks.

It is possible to color or dye safely a Remy or non-Remy Yaki wig since it is made from human hair. Just be careful in following the directions inside the packaging of the colorant or dye that you will use. If you’re in doubt, seek the help of a professional hairdresser.

The market for Yaki wigs may not be as extensive as the other kinds of wigs because not all women in the world can rock a black kinky or kinky curly Yaki wig. However, Yaki wigs can be a reason for African and black American women to rejoice. They can alter their looks for different occasions by wearing the various Yaki wig styles without compromising their naturally beautiful appearance.

5 Replies to “Yaki Wigs 101: Everything You Need to Know”