Have you been in court? Did you see the juries and the judge wearing a wig? Did you ever wonder why? Well, let me tell you something about those wigs in court.

1. Influence from the Past

In the year 1625, there was a paper that wanted to change the dress of a high court official. This paper was called “The Discourse on Robes and Apparel.” This paper really led the way in adopting the robes and wigs as the uniform that is commonly worn by judges and barristers in the courtroom.

Most of you would think that people only wear black and white in a courtroom, making it look so boring. Aside from the black and white, there are also some seasonal robes that they wear. These vary in color and are worn depending on the purpose of the year.

However, these robes are just half of the whole attire worn in the court. Wigs are also worn in court and were one of the fashion trends that were adopted in the 17th century. Those wigs, especially the judge’s wig, was the proper legal way back in 1685 up until the present.

These courtroom wigs are commonly seen in white, are crafted out of horsehair, and cost about a thousand pounds. Usually, judges wore wigs that were long with a curved bottom, but in the 1780s, they decided to replace them with a shorter bench wig. On the other hand, barristers commonly use a forensic wig that has a frizzed crown and four rows of seven curls at the back.

2. Different Types of Barrister Wigs Worn in the Court

1. The Full-Bottomed or Spaniel Wig in Court 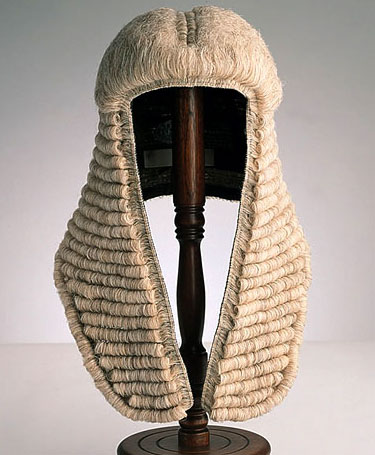 This type is usually worn by the Lead Counsel, Queens Counsel, the Judges, the Members of the House of Lords. This type has features of a thick curl that covers the ear down to the shoulder. This is usually worn on a ceremonial occasion and is not worn in a regular hearing case. This also has a regular price of over $1000 – $2000.

This is usually worn by Judges. It features a frizzed side and a looptail which hangs at the back portion of the wig. It is usually worn for hearing regular cases by judges. The Bob wig for judges is usually made of horsehair instead of human or synthetic hair. 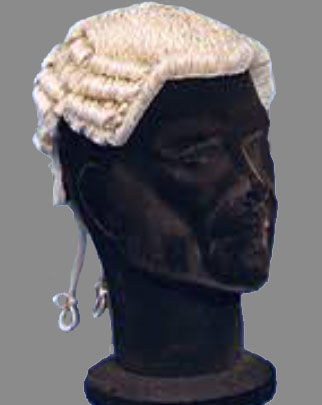 This is commonly worn by Barristers. Its common feature is that it covers up the half portion of the head, it has curls that are arranged in rows on each side and at the back, and a looped tail at the back. This is commonly used on a hearing trial by those people who are qualified barristers once they start practicing in the field.

3. Are Wigs in Court Still Necessary?

There are some countries that no longer adopt this legal wardrobe though they still wear robes but not wigs. However, there are still some countries, such as Australia, who actually value this tradition in court. People in the courtroom still have the appropriate legal dress code as a sign of respect in their court proceedings, and in promoting formality inside the courtroom.

4. Things You Need to Know About Wigs in Court

1. Wig in Egyptian Style– The very first time that the wig in court appeared is way back 3000 BC. Wigs in that time were usually made with human hair or sheep hair. However, today, wigs in court are commonly made from horsehair.

2. Hair for Heir– These wigs were actually made on fleek by Henry III of France in the year 1574. However, in 1680, people who were a member of a high-ranked family or a well-known person used to have hairy hats which were actually used to make their hair clean. However, people slowly became more competitive about these wigs. If it was bigger, then it must be better than the others.

3. Periphrasing – The word “Perruque” is a French word that actually does not sound like “wig,” but it is actually the very root of the word wig.

4. It is Never an Outdated Style– Wigs in court are considered to be never out of style. Just like the “Tie Wig” which started in the year 1700’s and up until today, people in the court are still using wigs. This commonly has rows of curled hair at the back and side portion.

5. Not All Barristers Should Wear Wigs– There was a time in 1960 when Sikh barristers did not wear wigs in the courtroom but wore turbans instead.

6. Men In Wigging– Sometime in the year 1922, when they first called women into the courtroom, they have suggested that women should no longer wear wigs in the court. However, this suggestion was shot down in March in the same year for some reason.

7. Keeping Wigs Well Maintained– So, how do people in the courtroom actually keep their wigs well-maintained. Some people who use wigs in the court actually bought what they called a biscuit tin. However, if they do not want to spend more money, they put their wigs in a sandwich box and in a lady’s handbag.

Now, you know why personnel such as a lawyer, a barrister or a judge wears a wig in court. This is because of old traditions adopted over time and which are still valued. It is a sign of respect in a courtroom to have the right legal dress code in different case scenarios depending on their position in the court.