Who’s excited to experience the fun and thrill of an international festival or event? Most of us look forward to witnessing a grand, meaningful or famous celebration. It adds joy and richness to our lives. What if the celebration calls for you to wear an awesome wig? It will surely double the excitement!

Here is a list of 17 exciting festivals and events around the world that you can celebrate wearing your colorful and magnificent wigs: 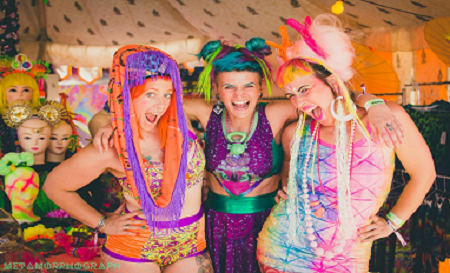 Continue to celebrate the New Year at this annual music, art and lifestyle festival on January 25-28, 2019 in Lexton, Australia. As part of the Australia Day long weekend celebration, fans flock to chill out in the open-air concerts featuring psychedelic trance, electronic and techno music as well as get a visual treat of art installations.

Wigs to wear. Match your colorful attire with an equally eye-catching wig in any length and style. 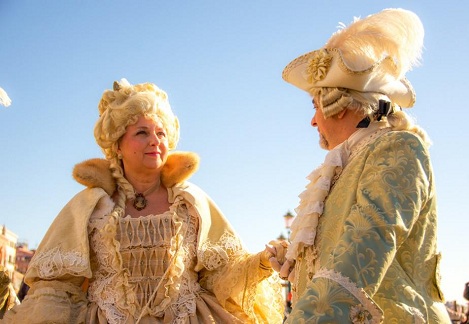 Happening on February 23 – March 5, 2019, Carnevale is one of the most deeply-rooted traditions in Venice. Venetians and tourists alike will delight in festive activities like masquerade balls and parades, concerts and traveling plays. Be ready to be in awe with the elaborate and opulent costumes and masks!

Wigs to wear.  Victorian-era inspired wigs will perfectly match your lavish and period costumes for this historic festival. 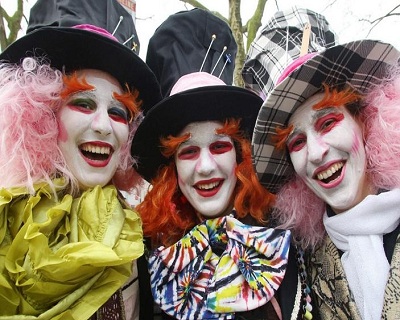 This merrymaking event in Cologne, Germany will have its highlights starting on February 28 and ending on the eve of Ash Wednesday, March 6, 2019. The six-day street carnival, also called “Crazy Days”, is filled with street parades of people in different amazing costumes.

Wigs to wear. You have plenty of choices because you can dress up as you wish. Wear colorful, crazy and attention-grabbing wigs that scream “FUN!”

New Orleans will hold its Mardi Gras holiday or “Fat Tuesday” on March 5, 2019. It is the last Tuesday before the start of Lent on Ash Wednesday, March 6 but parades and street parties start a week earlier. During the parades, float riders throw colorful strings of plastic beads to revelers in carnival attire.

Wigs to wear. Wigs in loud colors and zany styles will be your ticket to having more carnival fun! 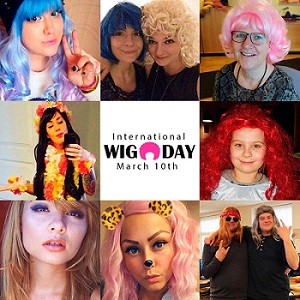 This movement was initiated by a costume store in Denmark, Temashop.dk, in order to help raise people’s awareness of hair loss due to diseases and medical procedures like chemotherapy. It encourages people from all walks of life to wear a wig of their choice every March 10.

Wigs to wear. Any type of wig you fancy wearing to school or the office. 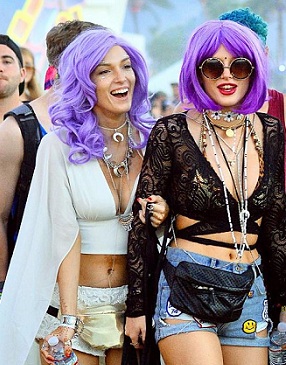 Coachella Festival is undoubtedly one of the most immensely popular and profitable annual music events in America. It showcases topnotch artists like Beyoncé who made history in 2018 with her two-weekend concert. Surely, thousands will again troop to the Colorado Desert in California on April 12-21, 2019.

Wigs to wear. Since the open-air venue is in a desert, wear no-fuss, easy to manage wigs in eye-popping colors. 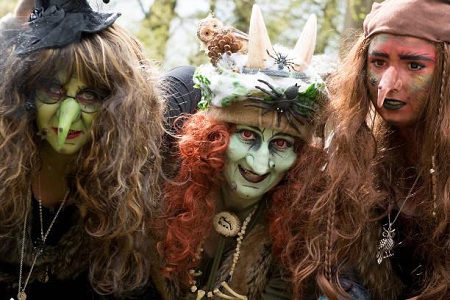 Every April 30-May 1, Germans and other Europeans observe the feast of St. Walpurga (also known as St. Walpurgis) who battled against harmful pests, rabies and witchcraft. People pray to God through her intercession to protect them from witches. Bonfires and dancing mark this observance. 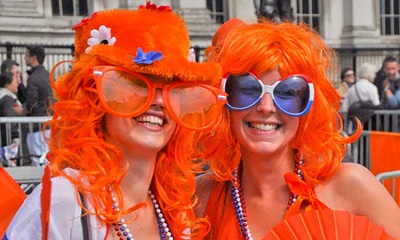 The Dutch people celebrate the birthday of their King, King Willem-Alexander, on April 27 which has become one of the biggest holidays in the Netherlands. Amsterdam is bathed in the royal color of orange as activities like street parties, food markets, sports events, and picnics bring enjoyment to everyone.

Wigs to wear. Pick a wig in any style, cut and design; as long as it is in bright orange when you’re ready to celebrate! 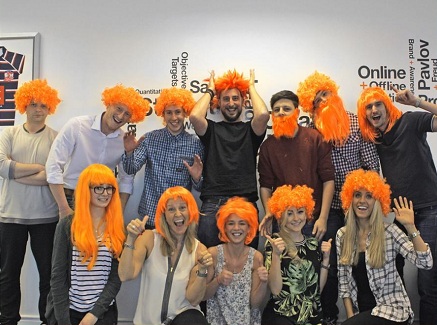 In the United Kingdom, the days in mid-June are orange-colored days as people hold the Orange Wig Day for a good cause. It promotes the Anaphylaxis campaign that supports people who are at risk of severe allergies.

Wigs to wear. Any orange wig in varying length, style, and shape for both adults and children will be appreciated. 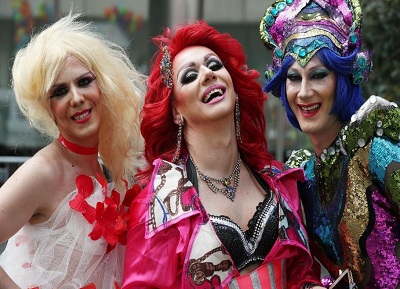 June has been declared as Lesbian, Gay, Bisexual and Transgender Pride Month to recognize the impact that LGBT people have had all over the world. It also promotes the rights of the group and takes a stance against discrimination and violence. LGBT groups dominate the streets in parades of flamboyant, outrageously creative and cutting-edge costumes.

Wigs to wear.  Elaborate, dazzling big wigs in bold hues will surely be a scene-stealer. 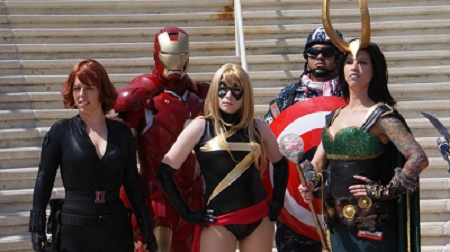 Comic-con International 2019 will be held on July 18-21 in San Diego, California. This is a massive convention of comics and popular art lovers who dress up as their favorite comics or movie characters. The convention cultivates an appreciation for comics and related platforms of art through big exhibits, games and costume competitions.

Wigs to wear. Choose a wig that will best achieve the look of your favorite comics or film character. 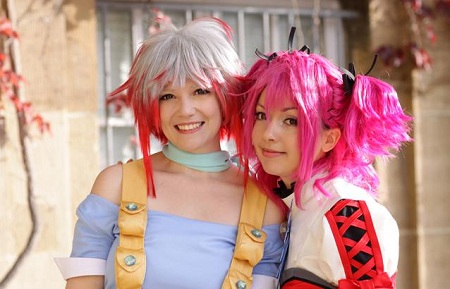 Manga and anime fans unite in the annual World Cosplay Summit in Nagoya, Japan. It was created in 2003 to forge international friendship among worldwide cosplayers so expect thousands of cosplayer participants and spectators from over 20 countries to take part in this event on July 26 – August 4, 2019.

Wigs to wear. Channel the look of your favorite manga or anime character in spiky, layered, two-toned or bright pink wigs. 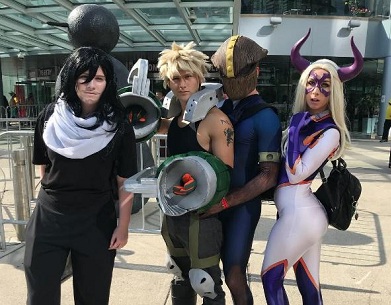 Fan Expo may be Canada’s version of the Comic-con International and World Cosplay Summit as it also showcases popular arts. The next expo will be on August 22-25, 2019 in Toronto which will include a wide range of other pop culture elements like anime, video and computer games aside from comics and film/TV.

Wigs to wear. You can choose from a wide variety of wigs with hats, masks or horns to complete your character costume. 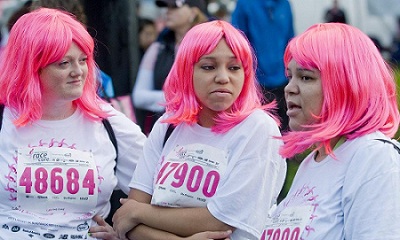 Wigs to wear. Support this cause by donning a wig in any shade of pink. 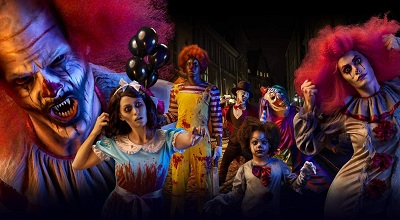 Halloween is America’s second biggest annual holiday next to Christmas, so October 31 is teemed with scary-looking creatures not just in the USA but other countries, too. People of all ages look forward to their gory transformation for the Halloween parade and costume parties.

Wigs to wear. Wear a shocking and scary Halloween wig that will turn you into a witch, killer clown, monster, white ghost lady, vampire or werewolf. 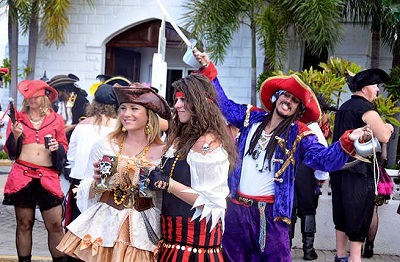 Celebrated every November as a tourist attraction, the Pirates Week Festival is also a commemoration of the Cayman Islands’ interesting heritage of pirate legends and folklore. Attendees enjoy the street dances, food festival, games and parade, dressed up as pirates of course!

Wigs to wear. The perfect pirate wig in long, knotted locks with a pirate’s hat is the only option you have. 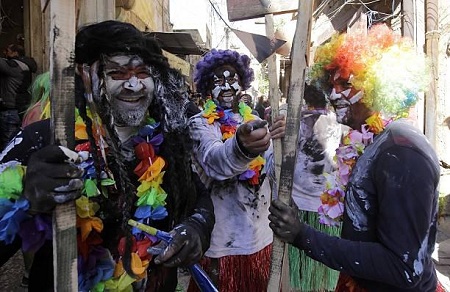 Zambo is a religious feast in Tripoli, Lebanon usually held on the eve of the Greek Orthodox Lent. Zambo celebrates the last period of excess before the fasting starts for the Lenten season. Residents paint themselves black and wear wigs as they chant “Zambo! Zambo!” on the streets.

Wigs to wear.  Rainbow-colored, black or blue wigs in Afro style are the choices but a long-braided wig is good too.

The world celebrates numerous exciting festivities and events for religious, historical, socio-political or medical reasons. The ones that entail wearing a costume with a matching wig can appeal to most people because of the additional thrill of transforming into someone else. So, grab the chance to celebrate these worldwide festivals and events and create more happy memories that last a lifetime!